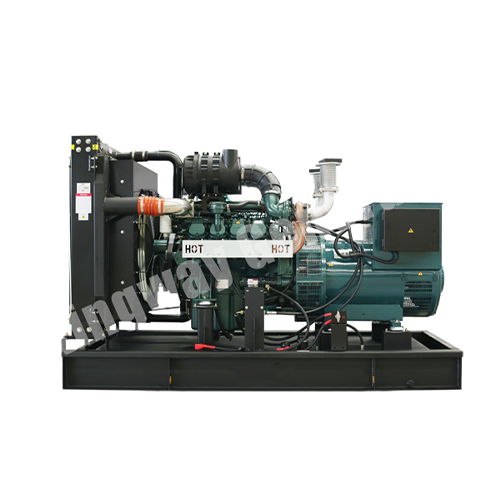 A stream of fresh air is drawn or pumped into the engine cylinder, and then compressed to a high pressure by the moving piston. When the air is compressed, its temperature rises so that it can ignite the fine mist of fuel injected into the cylinder. The combustion of fuel adds more heat to the charged air, causing expansion and forcing the generator piston to do work on the crankshaft, which in turn drives the propeller of the transmission ship through other shafts.

The two-stroke cycle begins when the piston rises from the bottom of its stroke (bottom dead center), when the intake port on the side of the cylinder is open. At this time, the exhaust valve is also opened, fresh air is filled into the cylinder, and the residual exhaust gas from the previous stroke is blown out through the opened exhaust valve. The valve blows out.

When the piston moves up to about one-fifth of its stroke in the morning, it closes the intake port and the exhaust valve closes, so the temperature and pressure rise to very high values.

When the piston reaches the top of its stroke (that is, the top dead center), the fuel valve injects fine mist of fuel into the high-temperature air in the cylinder, and the fuel burns immediately, and the heat quickly increases the pressure. In this way, the expanding gas forces the piston to move down during the power stroke.

Modern marine large-scale low-speed diesel engines have achieved more economic performance in the past decade than in the past few decades. Various energy-saving measures have appeared one after another and are becoming more and more perfect. These measures mainly include:

3. Increase the ratio of the maximum burst pressure pz to the average effective pressure pe pz/pe